The story starts in March 1924. The writer, Roy Bridges, was visiting Woods, the small family farm near Sorell in southern Tasmania, when he made a fateful promise to his uncle, Val. ‘We made our compact then,’ Roy later wrote, ‘that if he kept the old place for me I would keep it…’ 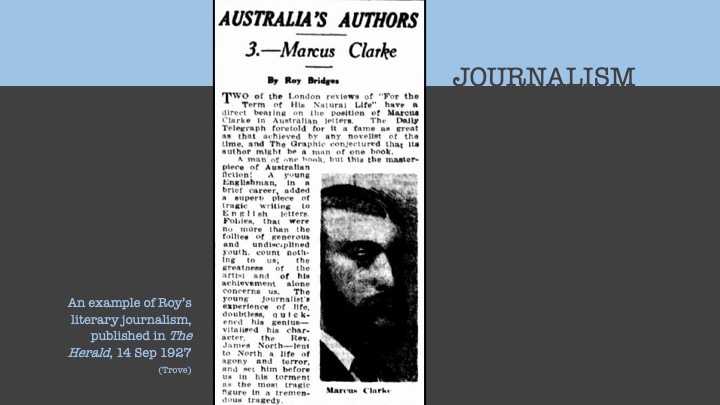 Roy then returned to his life in Melbourne. He returned, firstly, to the Age newspaper, where he was a literary critic. By then Roy had been a journalist for twenty years. Educated at the University of Tasmania, he had started as junior reporter in Hobart, before rising from a court reporter to chief parliamentary reporter. 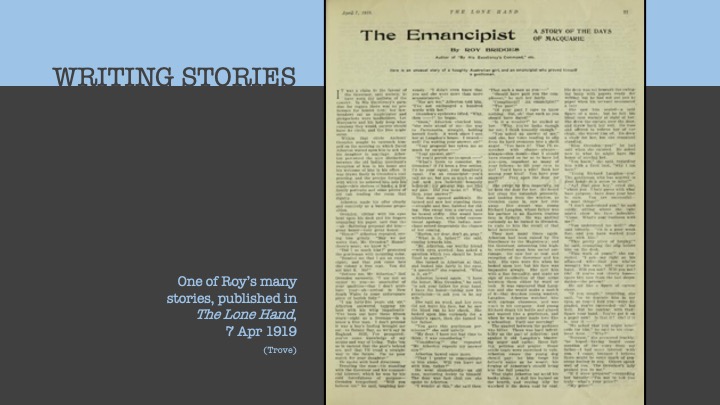 Roy returned, secondly, to his flourishing career as an author. As a young man, Roy had been determined to become a writer. He’d published stories in newspapers as a student, and did so regularly when he became a reporter in Sydney. His first novel was published in 1909. It sold well and set Roy on his way as a writer. 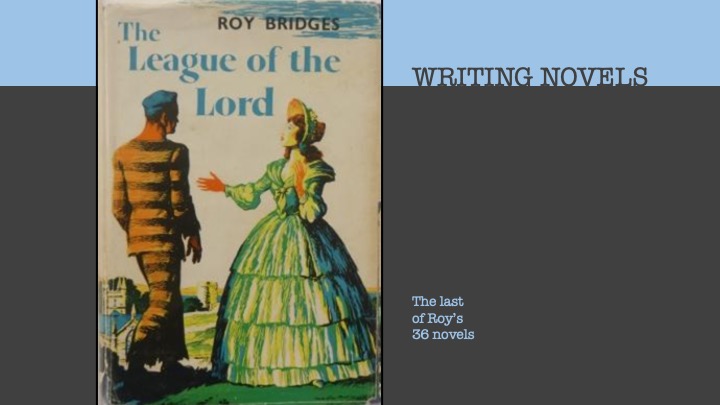 In 1914, Roy’s novel, The Fugitive, was published in London, the first of many. His books were popular in Britain, and Americans compared him to Robert Louis Stevenson. Morris Miller described him as ‘the most outstanding novelist Tasmania has produced’. Roy published thirty-six books in all, making him the state’s most prolific novelist.

Roy returned, thirdly, to his sister, Hilda, who, as well as being his secretary and housekeeper, was herself an accomplished author, having published three novels and numerous stories. Hilda joined Roy in Sydney in 1908, when her father was forced to sell the family’s home in Hobart, and she moved with Roy to Melbourne a year later. 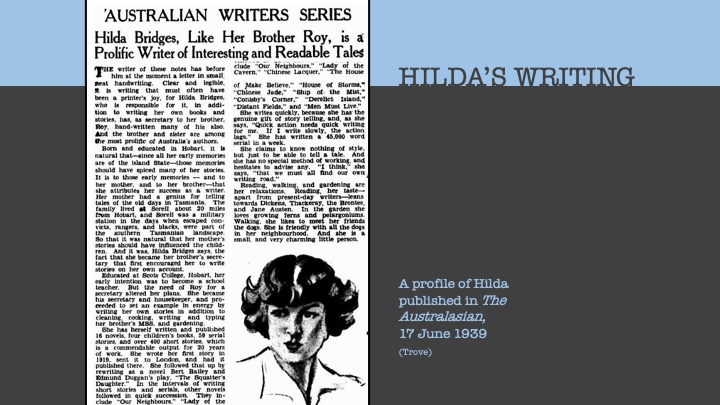 Hilda cooked and kept house, turning Roy’s scrawled notes into neatly written manuscripts, and earning a ‘few pounds, from copying … songs and orchestral parts’. In 1922, Hilda wrote her first novel. She would go on to become a ‘well-known writer’, publishing thirteen novels, three children’s books and hundreds of stories in magazines and newspapers. 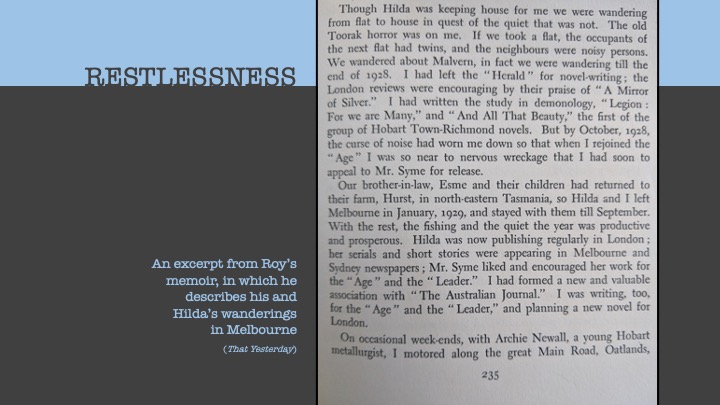 In 1924, Roy returned, lastly, to the latest in a long line of lodgings, none of which had brought him the peace of mind he desperately sought. Prone to depression and anxiety, Roy was sensitive to noise. He was never able to settle in Melbourne, ‘wandering’, as he put it, ‘from flat to house in quest of the quiet that was not’.

In 1930, Roy’s uncle Val died, having kept the farm. Remembering his promise, Roy returned to Woods with Hilda. They spent a year restoring the cottage. Then, in 1935, they retired to the farm, leaving behind their lives in Melbourne forever. ‘[Roy’s] being if not his happiness was centred in Wood’s Farm,’ a friend later wrote. 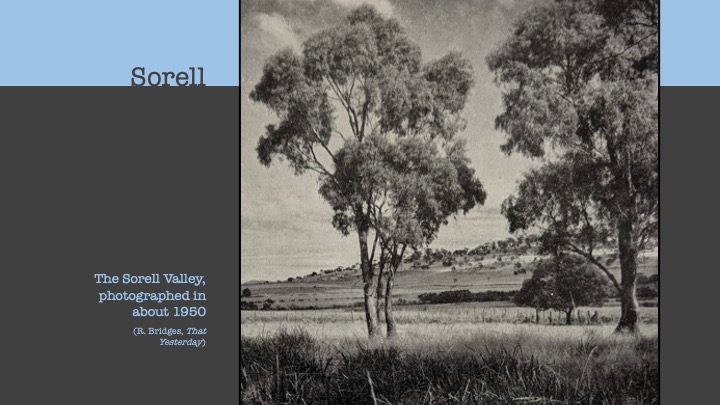 The family had been centred in Tasmania since 1807, when Roy and Hilda’s great-great-grandparents had arrived as free settlers. In 1825, their great-grandparents were granted land near Sorell. This became ‘Woods Farm’, where Roy and Hilda spent their holidays as children, revelling in the beautiful surrounds and in the stories told to them about their pioneering predecessors.

Roy and Hilda’s connection to Tasmania was strong; against their will it drew them back from the mainland and all but imprisoned them in a place infamous for its penitential past. And yet the island shaped more than just their personal lives. Tasmania and ‘Tasmanian-ness’ – people’s perceptions of Tasmania – would have telling effect on their literary fortunes.

In its relatively short European history, Tasmania has been perceived in various ways. For its first fifty years, Van Diemen’s Land was viewed as a open-air prison, a hostile hellish place, beautiful but bleak. This perception gave rise to and was reinforced by a famous novel: Marcus Clarke’s For the Term of his Natural Life.

Later this view was reversed. The advent of the environmental movement in the 1970s gave rise to a vision of Tasmania as a wild ancient land, an Eden free from the taint and constraints of contemporary culture, a place where people experience freedom and release rather than servitude and captivity, as do the characters in the novels of Nan Chauncy.

In the intervening period – the century or so that started in the 1850s when transportation ceased and ended in the 1960s when cultural ties to Britain began to weaken – a different perception of Tasmania prevailed. At that time the island was viewed as a ‘little England’, a comfortingly familiar place whose scenery and culture soothed the soul.

It was in this world that Roy and Hilda wrote, and their works bear the imprint of this ideal. Their stories have settings that are passive, sympathetic and remote. They feature characters who are middle-class, ’feminine’ and English-born. They are conventional romances couched in a cultured and conservative style. Their books are, in other words, ‘little English’ novels. 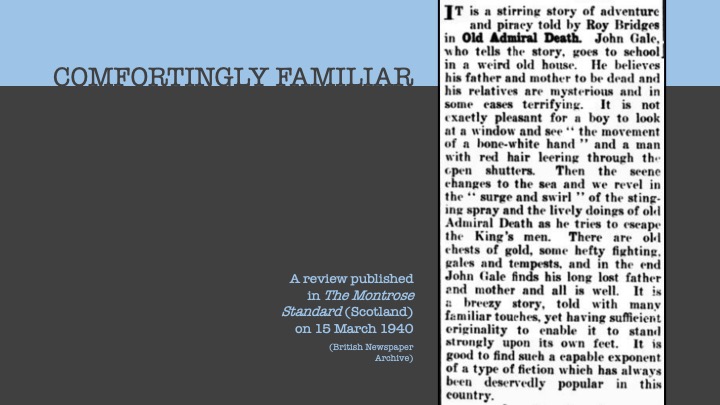 This was a major source of Roy and Hilda’s success. Their novels were popular largely because they seemed comfortingly familiar to British and Australian readers. As one English reviewer wrote of Roy in 1940, ‘It is good to find such a capable exponent of a type of fiction which has always been deservedly popular in this country.’

Writing about Roy in 1936, one Scottish reviewer commented that he ‘feels no urge to patronise the author as a “promising colonial writer”, but is willing to admit that he has treated a universal theme in a manner having a universal appeal’. In America, Roy was even compared to Robert Louis Stevenson, a leading exponent of the ‘English’ adventure tale.

Roy and Hilda’s literary fortunes declined rapidly after Roy’s death in 1952. Their novels fell from favour and were largely forgotten. Roy became little more than a footnote in Australian literary histories, while Hilda was overlooked completely. And yet other novels associated with Tasmania – those of Marcus Clarke and Nan Chauncy, for example – prospered. Why?

In the 1960s, literary tastes began to change, as a generation of neo-nationalists rose to prominence, opponents of the so-called ‘cultural cringe’. They preferred novels whose settings were active and immediate; whose characters were working-class and locally-born. They valued radicalism and realism, unconventional works like those of the temporary Tasmanian, Hal Porter.

In this world, the ‘little English’ novels of Roy and Hilda were badly out of place, their ‘Tasmanian-ness’ being seen as a liability. Even now, this perception persists. The Australian Dictionary of Biography, for example, deems Roy’s novels to be sentimental, superficial and ‘mannered’ in style, while Hilda’s ‘light narratives’ are said to have ‘stereotyped’ characters. 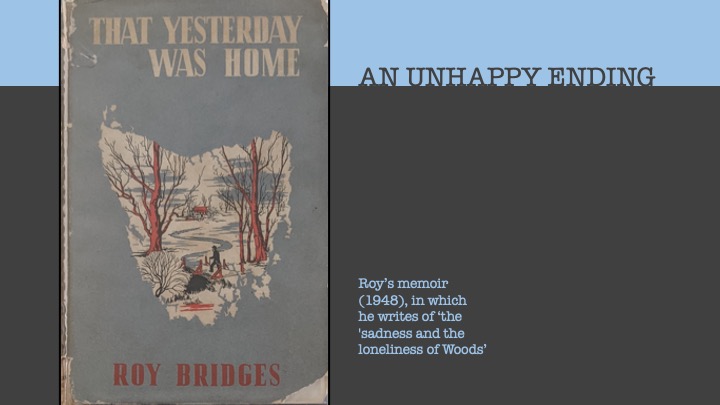 Having withdrawn to Woods, Roy and Hilda spent the rest of their lives battling loneliness and depression. They wrote letters and read but yearned for human contact. Their well-being, like the well-being of their works, rested on their associations. Their unhappy end suggests that no book or being is ever truly an island, even – or especially – in Tasmania.

She cast an eye over the wolf’s lithe figure.

‘Just out of curiosity, what do you eat?’

‘Shakes, mostly,’ said the wolf. ‘It’s a complete diet, only minus the children.’

‘Might be worth a try,’ murmured the therapist. ‘My sister’s getting married next month, you know, and I’d like to be looking my best.’

‘You go grrrl,’ said the wolf, giving her knee a squeeze.